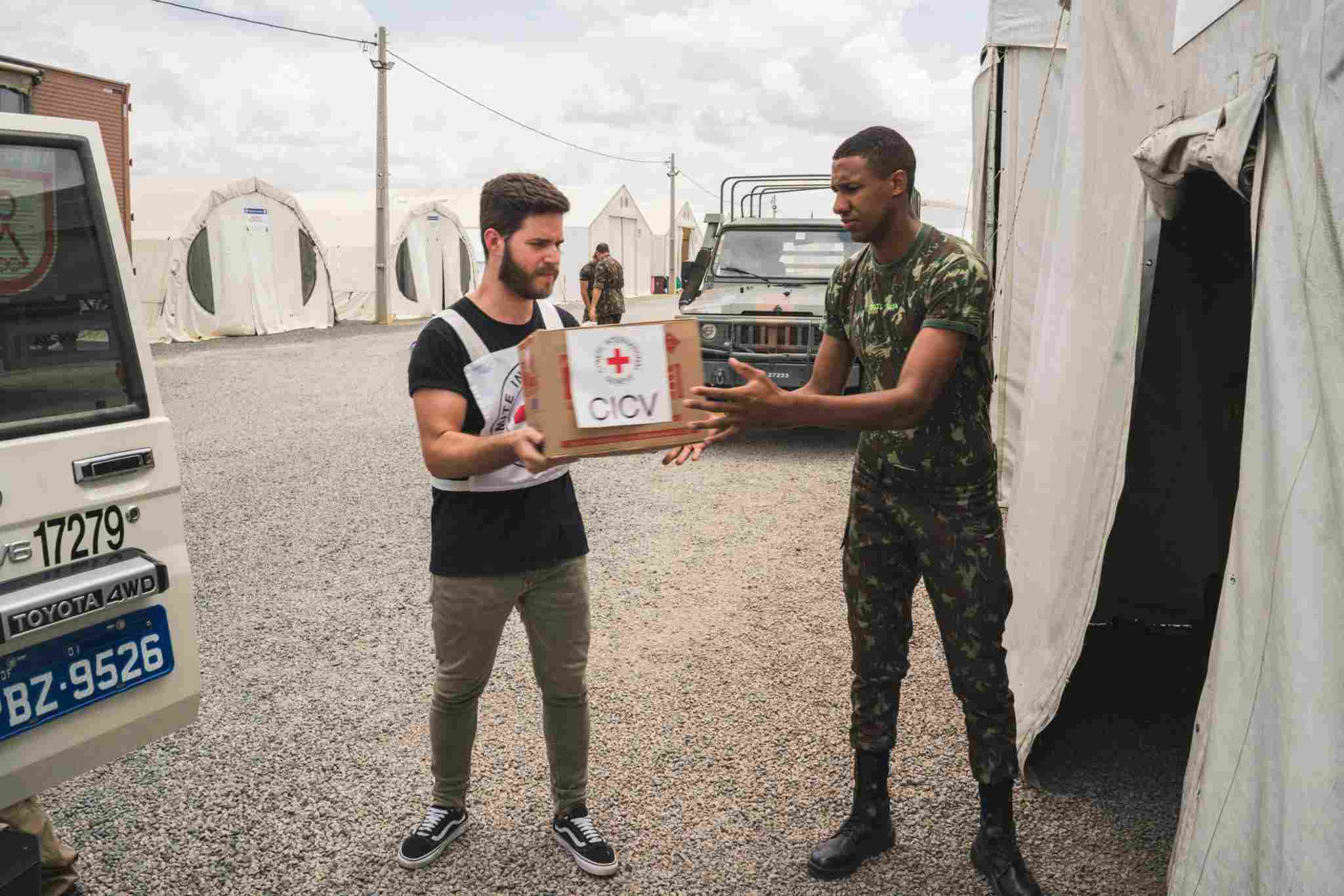 On 2 July 2020, 120 frontline humanitarian professionals, field practitioners, policymakers, experts and government representatives from 50 countries gathered online for the 3rd CCHN Monthly Forum. During this event, participants took stock of how non-state armed groups have positioned themselves during the COVID-19 pandemic.

Download the summary report of the 3rd CCHN Monthly Forum

In preparation for this event, CCHN conducted a survey among its community members on the role of armed groups in the provision of health services during the COVID-19 pandemic. The survey aimed to capture humanitarians’ current negotiation experiences with non-state armed groups. Its results were later used to inform the Forum’s working groups, which centered around three main questions:

Armed groups’ motivations to take action during a pandemic

The Forum kicked off with some introductory remarks by David Harland, Executive Director of the Center for Humanitarian Dialogue, one of the CCHN’s strategic partners. Mr. Harland emphasized that armed groups are not necessarily interested in promoting public health but rather tried to gain political or military advantages from the pandemic. “The power of legitimacy and international exposure were the main drivers in determining how armed groups responded to the United Nations Secretary General’s call for a global ceasefire.”

During the professional exchange panel Hichem Khadhraoui, Director of Operations at Geneva Call, highlighted that only those armed groups with some degree of control over territory or influence over the population were able to implement health care measures. “In this pandemic situation, armed groups have a prominent social role,” he stressed.

Mr. Khadhraoui also explained that armed groups that were already committed to health care before the outbreak of the pandemic were also more invested in health services during the crisis, which underlines the need for continued engagement with non-state armed groups on issues related to public health.

During her intervention, Ashley Jackson, Co-Director of the Centre for the Study of Armed Groups at the Overseas Development Institute (ODI), emphasized the importance of reflecting on why armed groups have responded to the pandemic the way they have, and to look at their actions rather than their declarations.

“Armed groups typically establish patterns of behavior and specific mechanisms to deal with crises like these.” She further underscored the multi-dimensional nature of the pandemic, which does not only affect health-related issues but will also have economic consequences that will affect the relationships with armed groups in the future.

Engaging with armed groups during a health crisis

Participants had the opportunity to learn from each other’s frontline experiences and exchange views firstly during a live poll, and then in thematic working groups. The discussions in the working groups showed that since the outbreak of the COVID-19 pandemic the humanitarian situation has become increasingly more difficult. For example:

A meeting ground for humanitarian professionals who face similar challenges

These results seem to corroborate what CCHN community members submitted in the initial survey. Celina Hübner, Project Manager at CCHN, presented the results by explaining that most armed groups are motivated to provide health services to increase their legitimacy. “For about 60% of humanitarian negotiators, it has become easier to negotiate with armed groups since the outbreak of the COVID-19 pandemic,” she summarized.

However, a similar number of humanitarian negotiators said that it has also become more difficult to build trust with armed groups since the beginning of the pandemic. “Trust is difficult to build up, but it is very easy to break down,” expressed one of CCHN Community members Tom Thornhill working with International Organization of Migration (IOM).

The event concluded with some final remarks by Claude Bruderlein, Director of the CCHN. Mr. Bruderlein emphasized that the group discussions made it very clear that humanitarian spaces have been shrinking since the beginning of the COVID-19 pandemic. Limitations imposed due to lockdown measures have been used by both Governments and armed groups to expand their control over humanitarian action. While the crisis has created opportunities for more remote negotiations, it will be important to establish a community dialogue to regain trust and improve the humanitarian response. As highlighted by Claude Bruderlein, CCHN Director, “We see great concerns within the community about access to populations in need and a lack of tools and methods to respond to the pandemic.”

The CCHN will continue to explore topics of interest for the community members such as this in its upcoming events. 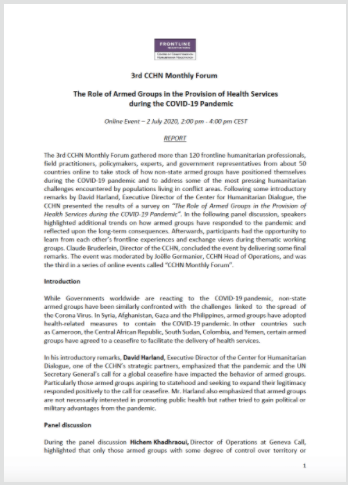 This report summarizes reflections and recommendations during the exchanges of humanitarians, policy-makers, and experts attending the 3rd CCHN Monthly Forum in July 2020.