Humans of CCHN: Meet the members of our community 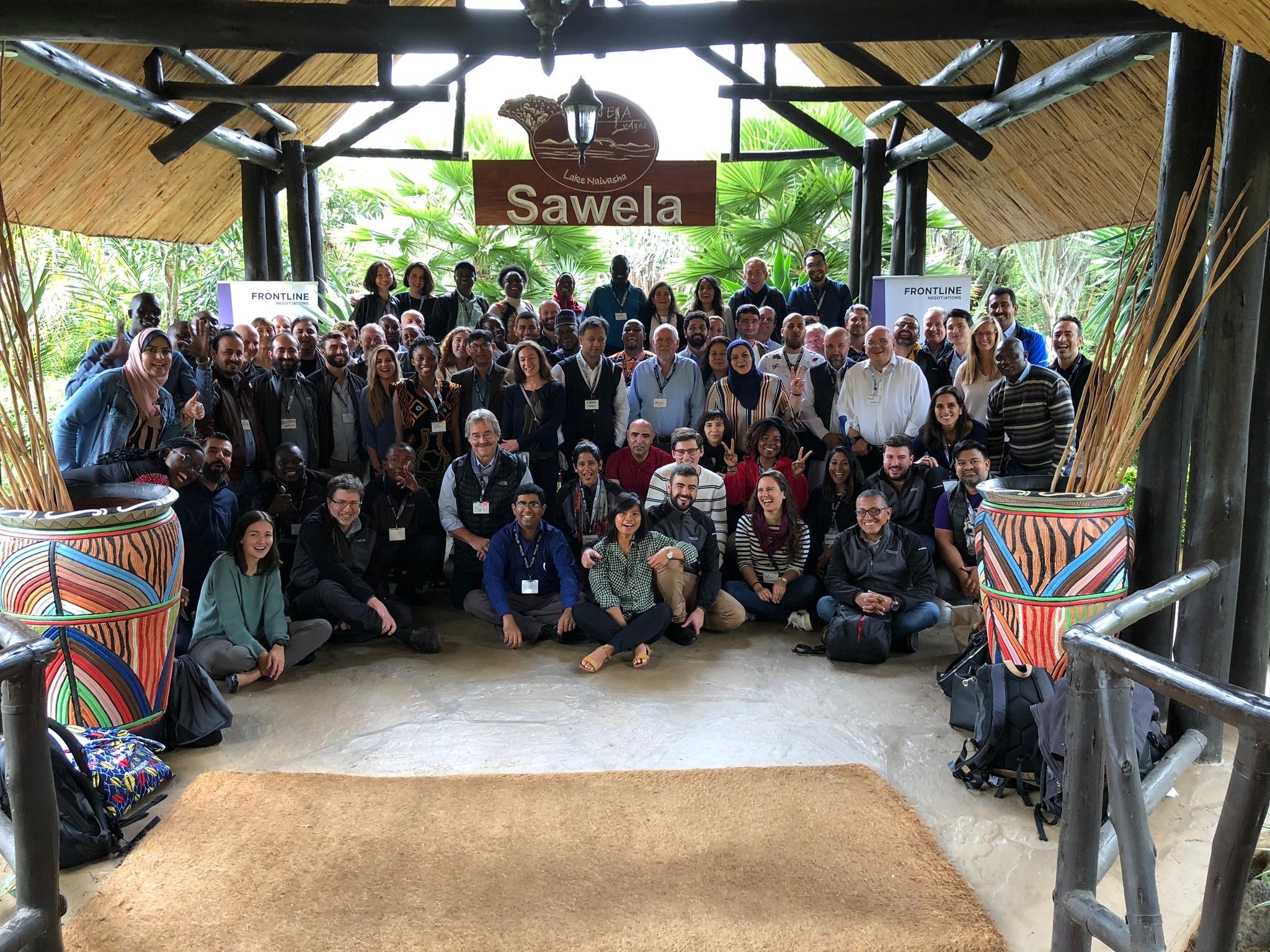 Meet our members! At the core of the Centre of Competence on Humanitarian Negotiation (CCHN)’s work is a welcoming community of humanitarian professionals brought together by their expertise in frontline negotiation.

This community is a safe, supportive space for reflection and learning from and with each other. On many occasions, the members of this community gather – both online and onsite – for a variety of events ranging from workshops to mental health retreats.

You will find below the stories of some of these committed community members. If you are yourself a community member and would like to be featured on this page, please contact us at [email protected]

I have dedicated my career to implementing projects that support community development from an equity and gender approach. I have experience working with several national and international humanitarian agencies that provide humanitarian assistance in different regions of Colombia, and I currently work for the World Food Programme as an Operational Assistant in the Field Office Support Unit.

One of my personal and professional goals is to strengthen my knowledge of food and nutrition security. I like approaching this issue from a differential angle, taking into account that – although all people are equal before the law – discrimination affects every one differently. Their class, gender, ethnic group, age, physical or mental health, and sexual orientation all have an impact.

This approach allows us – in collaboration with communities – to define methods that empower women and strengthen their livelihoods through self-sufficiency and resilient and sustainable agricultural systems, in order to meet their basic needs and contribute to peacebuilding in Colombia.

My parents’ work with the communities and the conversations we had when we met at the table made me realize the social inequities that many families in Colombia live with. This fueled my interest in working to serve the most vulnerable people, contributing and accompanying them in the construction of a more just and equitable society.

For me, the WFP logo represents humanitarian work, as it brings together our efforts to fulfill the basic needs of every human being – such as food, protection, accompaniment, care, inclusion, rights, peace, and family.

In this sense, the CCHN has allowed me to strengthen my humanitarian negotiation skills, which I put at the service of communities because they allow me to resolve situations in which their human rights are violated. At the same time, the CCHN promotes spaces to forge relationships with other humanitarian organizations and allows for the exchange of experiences about work in the field. These types of spaces give me hope for the future because they allow for a better diagnosis of crisis conditions and thus help to prioritize humanitarian interventions.

In the future, I hope to keep sharing my knowledge and expertise in order to contribute to the construction of an equitable society that provides better living conditions for families.

“The CCHN promotes spaces to forge relationships with other humanitarian organizations (…). These types of spaces give me hope for the future because they allow for a better diagnosis of crisis conditions and thus help to prioritize humanitarian interventions” 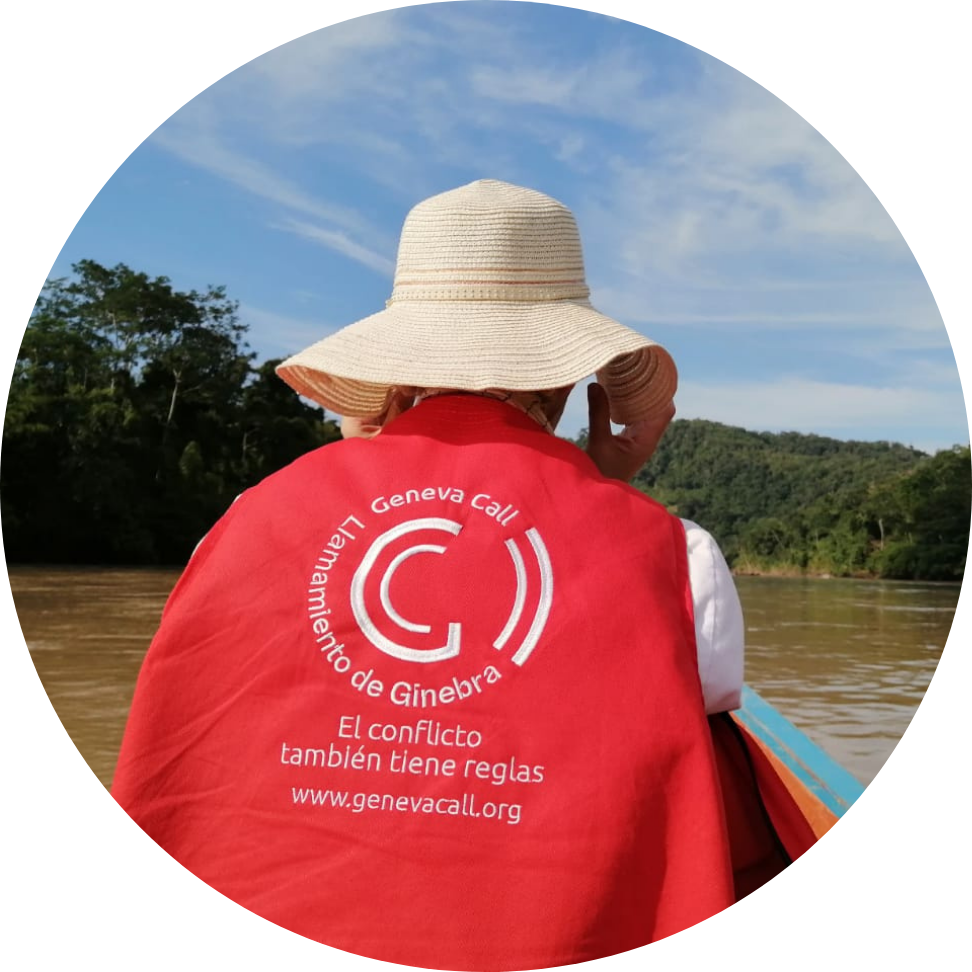 I am currently working as Head of Programme for the NGO Geneva Call in Colombia. I feel very fortunate to have a job that motivates me to see that it is possible to reduce people’s suffering.

Since I was very young, I was aware of people’s suffering. I studied thinking of developing my skills to support any possible solution. I worked for many years in development research. Now I have focused directly on caring for people at times when their need is greatest and they are at significant risk.

My maternal grandmother, when I was a very young girl, would tell me stories of the effects experienced during the internal war in Colombia known as La Violencia. She would tell me, for example, about people she hid in her house because they were being persecuted by gunmen.

She told me about her own forced displacement with her children. She would tell me about how they killed people, the cuts they made on their bodies. But when she told me, it was not in terms of, “We are still crying about this,” but, “We did this, we solved it this way.” It’s amazing to me that a person could make her own victimization a way to help others. I always had her stories very present in my mind and I think that also marked the fact that I sought to work on these issues.

I recently had a mission where we were four different humanitarian organizations in a caravan crossing the Catatumbo region. I could see in the faces of the young people the desire to be in those cars. It is important to make humanitarian work visible, because it can open doors for others to enter, because what is needed here are hands to help.

My boss, the Country Director of my organization, advised me to join the CCHN negotiation workshop because in Colombia you have to negotiate all the time. I took the first course and I was hooked. Why? Because I have had to do a lot of negotiations intuitively and the negotiation theory that exists applies to sales, but I had not found a specific method for humanitarian negotiation like the one at CCHN.

Moreover, it is an inductive method based on field experience and it is very well conceptualized. I get to see what I can improve, and I can take my previous experience and pass it on to others, which is very important. Why? Because as humanitarians we change territory very often and as soon as we change context, we leave the poor newcomer in the air. He does not know what the background was, he does not know what I learned from that negotiation, what I learned from the actor or from the community.

This is what motivates me the most to stay active in the CCHN; that we can really create a community where I can receive the learning about territories, actors, cultures, people. Personally, creating this knowledge is one of my greatest motivations and facilitating force because it is multiplied through the community.

I recently applied the methodology to achieve access with an indigenous people. I used the “hamburger diagram” (the Naivasha grid) and found it super practical. It was very easy to switch between different roles because I knew the different categories. It also allowed me to take advantage of opportunities that, if I hadn’t done that analysis beforehand, I probably would have missed. It also allowed me to learn a lot from the context, which is great because I get to move on to the next one and maintain continuity.

I am particularly concerned about the issue that in Colombia any dialogue with an illegal armed group is considered an illegal action. And it can be treated as providing legal advice to armed groups and fall under the regulation of the fight against terrorism. I understand that the spirit of the norm is to avoid generating ambiguity between legality and illegality, but I believe that the humanitarian sector without negotiating will hardly move forward. Therefore, I believe that initiatives such as the CCHN can help the Colombian government to be calm and understand that we are going to negotiate following a methodology.

“My maternal grandmother would tell me stories of the internal war in Colombia known as La Violencia. I always had her stories very present in my mind and I think that also marked the fact that I sought to work on these issues.“